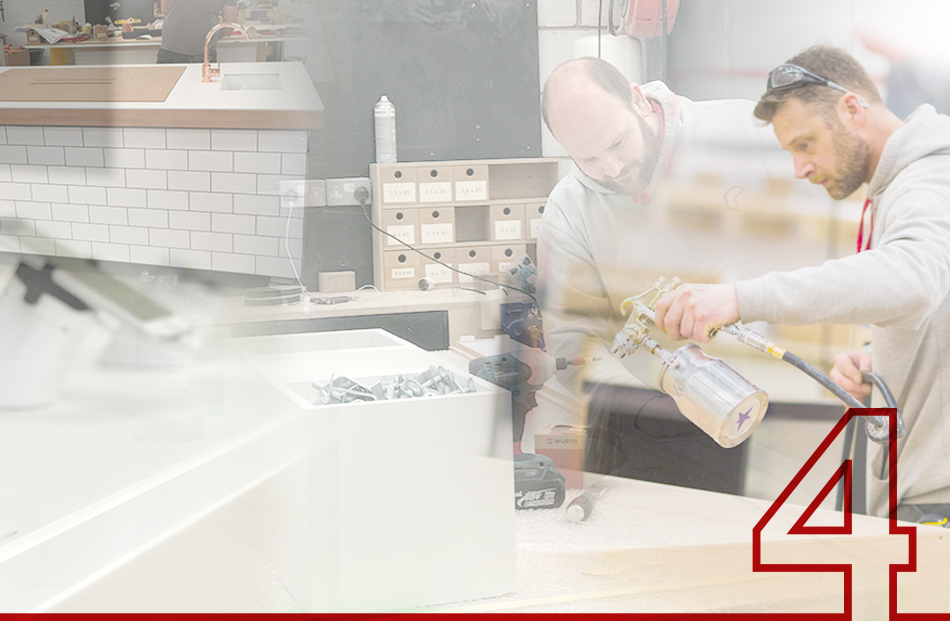 We started this year bigger and better than ever before, with more than 10,000 square feet of manufacturing and storage space, a development team with 2D and 3D capabilities, a project management team, and site teams that cover the whole of the UK, Ireland, and Europe.

P2 Retail Displays has been manufacturing for four years! It’s hard to believe that it was so long ago that directors Adam Phillips & Chris Pitcher (P2’s two ‘P’s) set out with two joiners to get the company up and running. Growth came slowly at first, but soon sped up. We added two more joiners, then another four, along with new equipment like a CNC & Edgebander in our first year alone.

By the end of our second year, we’d added two CAD developers and hired Adam Cooper as head of projects (a hire that, at the risk of embarrassing him, is still paying dividends today), and we’d outgrown our original set up, doubling the space to make way for the spray shop (now, an integral part of our business). It was also in our second year of manufacturing that we achieved the ISO 9001 & 14001, Chas, and safe contractor certifications.

Year three was another year of expansion, and we added yet more joiners along with something totally new: our first 3D developer. Later in that year, we also added a new head of development, and invested in greater automation in the machine shop. We also bought a new state of the art spindle moulder, drum sander and panel lifter.

In year four, we added a second 3D developer, a production manager and a site foreman and invested in a wide array of new equipment, such as a thickness planer, surface planer, rip saw, and overhead routers.

We’ve faced challenges in recent years: general elections, Brexit, and the so-called “death of the high street” – but it’s a testament to our 30 members of staff that these headwinds have spurred us on to ever greater service levels, letting us continue to grow and develop into a truly market-leading company.

P2’s evolution over the last four years has been incredible, and we now work with not only some of the world’s largest retail brands, but also its most iconic hotels, restaurants, and even museums! What comes next?

According to P2’s Head of Projects, Adam Cooper, the company is not one to “stand still” and yet more expansion is waiting around the corner. With a future he describes as “exciting” hovering on the horizon, our targets are set on continuing this incredible manufacturing growth story into a fifth year and beyond!