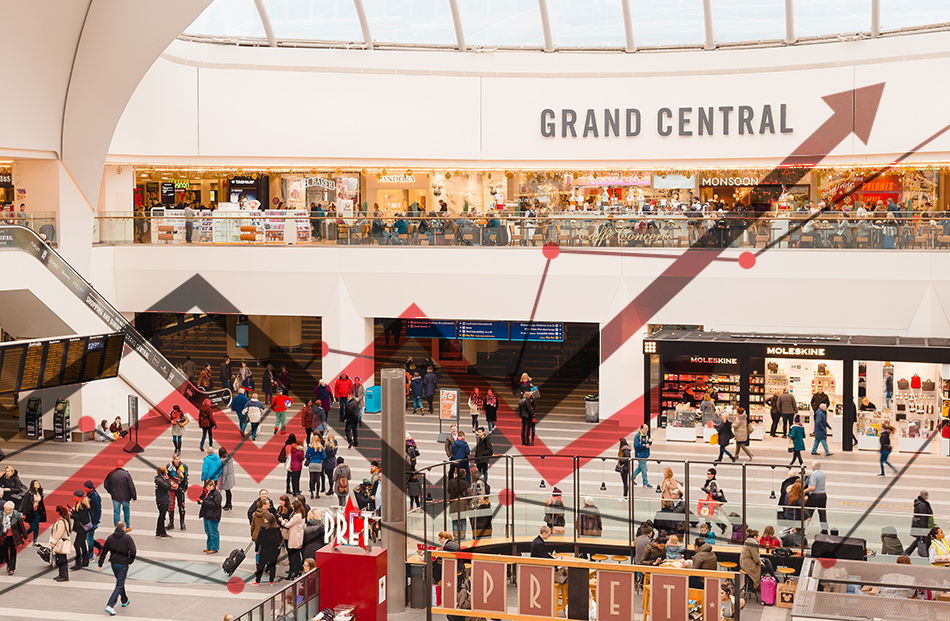 It’s good news for UK highstreets this month, as the Office for National Statistics (ONS) reports that monthly retail sales have reversed a year-to-date trend and risen in July. Predictions were for a further decline of 0.2% – in fact, sales were 0.2% better than the same month last year.

The ONS was quick to highlight that growth overall was “only modest” – but department stores saw better-than average increases of 1.6%, largely down to clothing sales. Overall, ecommerce helped to boost statistics, as more Britons turned to their phones, tablets, and computers to finalise purchases.

For the quarter as a whole, retail sales growth came in 0.5% higher than the comparable quarter of 2018. However, when you look at online sales in isolation, that figure becomes 6.9%.

Rhian Murphy, the head of retail sales at the ONS, said: “Retail sales saw only modest growth in the last three months. Although still declining across the quarter, there was an increase in sales for department stores in July for the first time this year. Strong online sales growth on the month was driven by promotions.”

Gabriella Dickens, an assistant economist at Capital Economics, stresses that these figures are good news, despite their modesty. She told the BBC: “The rise in retail sales in July was encouraging and supports our view that the economy has picked up in [the third quarter]. Of course, the retail sector only makes up about 30% of total household spending. But spending growth off the High Street appears to have remained fairly steady. So, July’s figures leave us more confident that the economy avoided another contraction in Q3”.

With retail spending showing a slight increase, it’s important to ensure that products are displayed in the best way possible. For help with your display furniture and layout, give P2 a call on 01455 288 922.